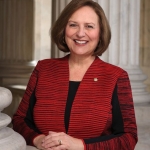 Significant relief for Nebraska is reportedly included in a disaster supplemental bill passed by the Senate today.

Senator Fischer describes it is a critical first step to help Nebraskans rebuild and move forward on a positive direction. Senator Fischer says she hopes the House will follow suit and pass this bill without delay.