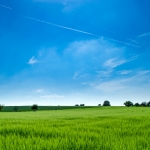 Nebraska Farmers Union President John Hansen tells KLIN News that they are encouraged by President Trump’s announced $16 billion aid for farmers amid the trade war. Hansen says that they would prefer that the trade policy would be straightened and get their money in the markets.

But Hansen says this aide is helpful for Nebraska farmers.

Hansen says this is an especially challenging time for Nebraska farmers because of reduced trade….commodity prices and lingering flooding problems from March.