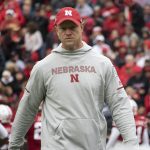 For the first time since 1945, Nebraska starts off the season 0-5. Yet again, penalties hurt Nebraska. The Huskers committed 10 penalties for 100 yards against Wisconsin.

Although the Huskers picked up plenty of yards on offense, it wasn’t nearly enough to win the game. Adrian Martinez was 24-42 for 384 yards through the air. On the ground, Martinez picked up 57 yards. Martinez also had three total touchdowns.

Nebraska had just one sack all game. The Huskers couldn’t supply enough pressure on Wisconsin quarterback Alex Hornibrook, which definitely played a factor in the loss. Hornibrook finished 13-24 for 163 yards and a touchdown.

But what really killed Nebraska, was Jonathan Taylor, the Badger’s running back. Taylor had over 220 yards, and three touchdowns on the ground.

For Nebraska, J.D. Spielman racked up plenty of receiving yards, ultimately ending up with 209 yards and an average of about 23 yards per reception. However, for Nebraska’s run game, it was a different story.The Huskers rushed for just 111 yards compared to the Badger’s 370 yards.

Nebraska was again heavily outscored before halftime. Since conference play started, the Huskers have gone down a combined 79-10 at the halftime break.

For the third straight game, the Huskers have garnered 500 yards of total offense, but to no avail.

After the game, Nebraska head coach Scott Frost admitted that “right now, they [Wisconsin] are better than we are.”

Despite the loss, Frost had high praise for his young players. Frost gave Martinez high marks. Although he acknowledged his youth and experience, Frost had nothing but good words for him. “We’re playing an 18 year old quarterback. He’s doing a great job. He’s going to be a great player.”

Frost also had nice things to say about tight end, Jack Stoll. “Jack Stoll took a step forward. He’s a sophomore [and] made a great play.” Frost continued by heaping praise onto running back Maurice Washington. “Man, is Mo going to be great player,” Frost said.

Although they had great individual performances, Nebraska came up well short of the victory. “I challenge you to find anyone that hates it [losing] more than me,” Frost said. “But, I think we’re on the road to getting this to a better place.”

Nebraska has never started a season 0-6. With Northwestern on the road next week, Nebraska will have their work cut out for them. The Wildcats beat a ranked Michigan State squad by double digits Saturday, so even with their losing record, they’ll be a formidable opponent.