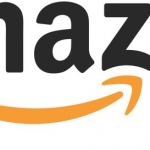 Amazon announces it’s boosting its minimum wage for all its U.S. workers to $15 per hour.

University of Nebraska Lincoln Economist Eric Thompson tells KLIN News that he thinks it results from the increased competition for workers.. as the economy improves. Thompson says that Amazon may see this as a way to insure they can get a sufficient supply of moderate reliable skilled workers. Thompson points out that other large companies have increased their minimum wage as well such as WalMart.

Thompson says that has the economy has improved over the last decade it has been more and more difficult to recruit workers. He says that is something they’ve also seen in their surveys of Nebraska businesses.

Thompson tells KLIN News that Amazon may raise their prices…but he doesn’t expect that to happen because they chose to raise their minimum wage. Thompson says in this case Amazon will be raising prices or not raising prices according to its business plans and adds this is really a separate issue on what they are going to pay their workers.

Thompson says it could be a different matter if it wasn’t a voluntary decision and they were forced by state law to raise their minimum wage.