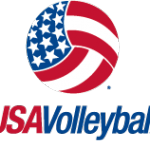 Team USA defeated Turkey in five sets in the championship match. Former Husker Jordan Larson had 12 kills in the gold-medal match, along with two aces and one block. Libero Kelsey Robinson handled 35 service receptions and had a 60 positive reception percentage. Justine Wong-Orantes also suited up as a libero.

The FIVB Volleyball Nations League began play at the Bob Devaney Sports Center on May 15, where the second-ranked U.S. National Team won two if its three matches, falling only to Turkey in five sets. Team USA finished the competition with a 17-2 overall record.

The U.S. National Team will now turn its attention to the Pan American Cup on July 8-14 in Dominican Republic, and the FIVB World Championships on Oct. 2-20 in Japan.