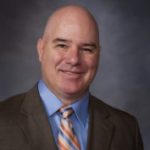 Doane University announced Monday that Matt Franzen has been selected to serve as the university’s next athletic director.

Franzen has served as the Head Football Coach at Doane since December 2006. He’s replacing Jill McCartney, who’s taking a similar position at Kenyon College in Ohio.

Franzen’s first action as Doane’s A.D. is to name a replacement for the football program. He promoted Chris Bessler as the head coach of the Tigers football program. Bessler is the 33rd head coach in program history and only the fourth coach since 1984. He has served as the Tigers’ Defensive Coordinator the past 11 years, and will continue in that role moving forward.

Bessler joined the Tigers shortly after Franzen was appointed as head coach, and has played an important part in the vast improvement in Tiger football.

“I am very excited about the opportunity to be the Head Football Coach at Doane,” Bessler said. “The chance to carry on a tradition that has been established is both exciting and humbling.”

“Chris is the obvious choice for the head coach position at this time,” Franzen commented. “He has worked beside me for eleven years as the Defensive Coordinator and has been vital in every phase of building a solid and consistent program. He is a highly respected coach throughout the state and the GPAC and is one of the best teachers and role models that I’ve had the privilege of working with.”

A 1995 Doane graduate, Bessler was a member of the football, baseball, and track & field teams at Doane. During his senior campaign he teamed up with Franzen to lead the Tigers to the 1993 NAIA Playoffs. Bessler’s coaching career started the following year as a student coach for the Tigers.

Bessler took over the head coaching duties at Cozad High School in 1996 and held the position until 2000. He moved back to the college ranks for the 2000 season at Northern State University (S.D.) where he earned his master’s degree in Education and Learning. In 2001, he took over as defensive line coach at Augustana College (Ill.) and helped the team to a conference championship and NCAA Division III playoff berth.

Bessler returned to high school football in 2003 and served as an assistant coach at Mary Institute and St. Louis Country Day School where the team won one state championship and earned one runner-up honor during his tenure.

Franzen meanwhile earned his bachelor’s degree in Psychology from Doane in 1994 and master’s degree in Teaching and Physical Education from Hastings College in 1999. He’ll direct the overall administrative and operational activities of intercollegiate athletics for Doane University’s 22 athletic teams.

“The Director of Athletics position allows me to make a greater impact on the overall athletics programs at Doane,” Franzen said in a written statement. “I’ve been a coach that has stressed the importance of culture and I look forward to working to build a great culture throughout the entire department. I also see this as a long-term commitment to both Doane and the Crete community where my family enjoys making our home.”

Over the past 21 years, Franzen has served in athletics as a football coach, first as an assistant at Hastings from 1996-2006. He also served as Assistant to the Athletic Director at Hastings from 2001-06.

Upon returning to Doane following the 2006 season, he returned the Tiger football program back to national prominence. Within five years, he took the program from a 1-9 record to an 8-2 mark and a No. 22 NAIA ranking. Franzen was named the Great Plains Athletic Conference (GPAC) Coach of the Year in 2014 and guided the Tigers to the NAIA playoffs in 2015 and 2016.

“My philosophy of intercollegiate athletics is that it should be co-curricular where it is a big part of the development of young people,” Franzen said. “My opportunity will be to help impact many student-athletes, first in finding great coaches, then in stressing a culture where academic success, leadership development and healthy social growth are the norm.”

Franzen and Bessler will take over their new positions immediately.