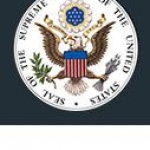 Otto tells KLIN News that our local retailers have been put at an least seven percent disadvantage because they had to collect local sales taxes while the online retailers collect nothing. Otto says we have been giving out of state retailers an advantage over those who hire local people and pay local taxes.

Otto says they are now working with state senators on legislation for next session.

Governor Ricketts issued a statement after the Supreme Court ruling that any increases revenue attributable to total enforcement of our online sales tax laws must be steered towards property tax relief.

Governor Ricketts adds that they are now analyzing what the decision means for Nebraska.