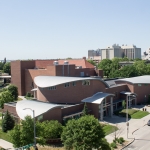 The University of Nebraska is out with its proposed operating budget that Chief Operating Financial Officer Chris Kabourek says holds the budget to near zero. He says they aren’t currently proposing an additional tax hike but Kabourek says that could change. He says that if state receipts continue to take a dip and hold back some state funding…they might have to institute a mid year tuition increase.

NU Regents had previously approved a 3.2 percent tuition hike for students in the Spring of 2019.

The budget includes tens of millions of dollars in administrative cuts that will see a loss of more than 100 jobs across four campuses.

The NU Board of Regents will consider the proposed budget at its June 28th meeting.