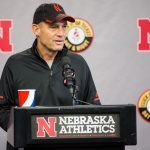 Mike Riley, formerly the head coach of Nebraska and Oregon State, will be a head coach once again.

He was announced as the head man for the new San Antonio Alliance of American Football team.

After being dismissed from Nebraska in late November, Riley became the assistant head coach and tight ends at Oregon State – where he was head coach for 14 seasons (1997-1998, 2003-2014).

From 1991-1992, Riley was the head coach of the San Antonio Riders – a team in the now defunct World League of American Football. Riley had a combined 11-9 record in those two seasons.

At an introductory press conference on Thursday, Riley said he’s glad to be back in Texas.

“Well I am, I guess excited to be back,” Riley said. “It’s been a little bit of a wait. “I’m real excited about Alliance San Antonio. I’m proud to be a part of Charlie (Ebersol’s) vision of spring football. I believe in it, we did it here, have been part of it before.”

A base salary for a head coach in this league is estimated to be around $500,000.

The Alliance of American Football starts play on February 9, 2019 after the NFL’s Super Bowl. The league was started by filmmaker Charlie Ebersol. Eight teams will play a ten-week season. A four-team playoff will be capped off by a championship game planned for the weekend of April 26-28.