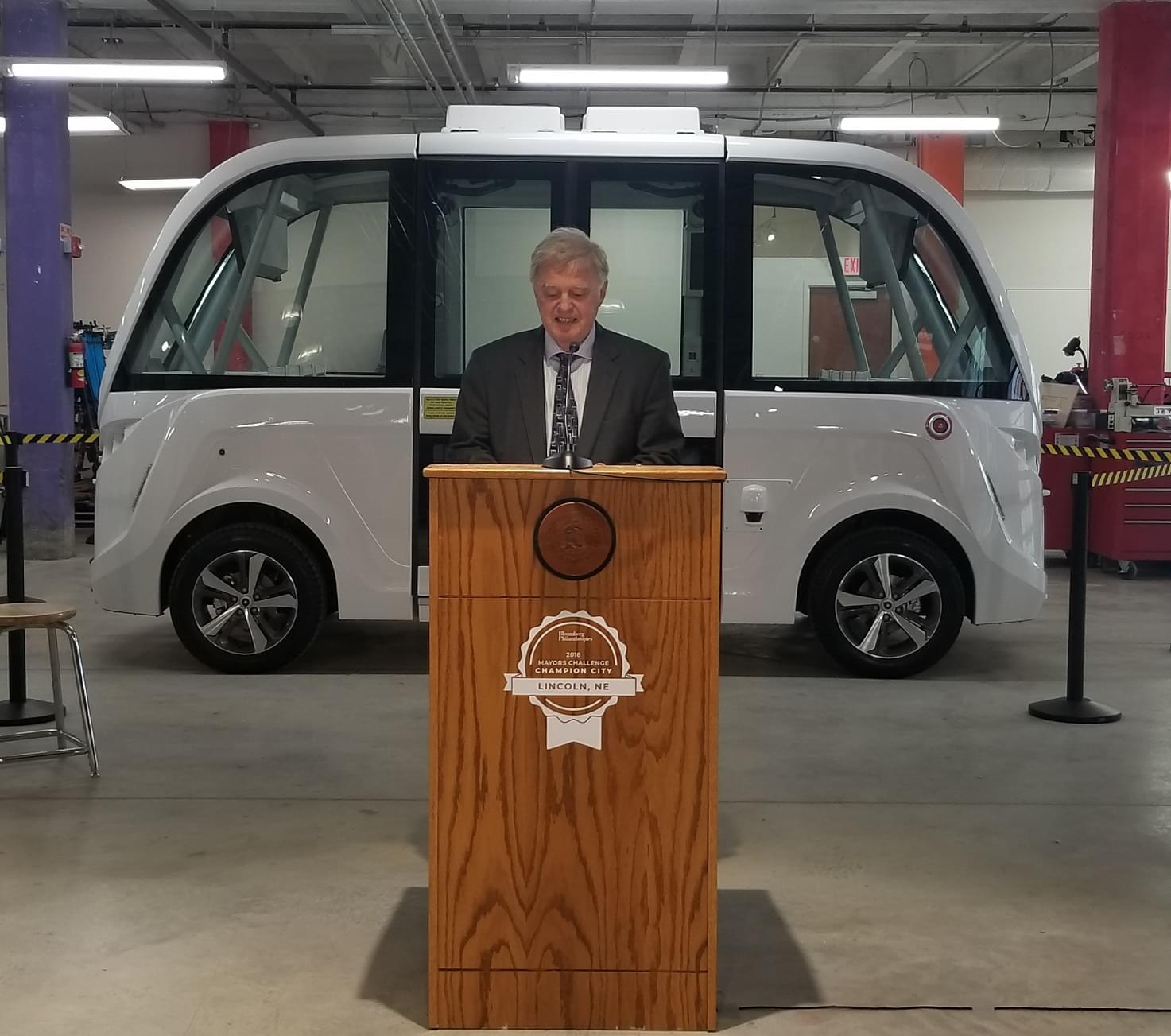 Bloomberg Philanthropies gave the city a 100-thousand dollar grant to loan the Navya shuttle for the next phase of their 2018 Mayor’s challenge. At a press conference today, Mayor Chris Beutler presented the self-driving shuttle as the future of public transit.

“Autonomous vehicle technology will change the course of history,” according to Beutler. He added he believes the technology will have the same transformational effect on society level as the transcontinental railroad and national interstate system.

Beutler envisions a fleet of driver-less shuttles that Lincoln residents would be able summon with an app. If the city win’s the Bloomberg challenge, Lincoln would receive a $5-million dollar grant, to implement the mayor’s vision. The mayor adds the project is only in its prototype phase at the moment, but if the city completes testing and can secure funding they could see self-driving cars on city streets as early as summer 2019.