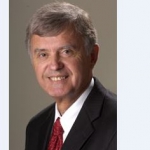 There will be a week’s delay on city council action on a proposed resolution supporting so called “Dreamers” or children brought into the country illegally.

Mayor Beutler indicated to KLIN’s Jack Mitchell on LNK Today that he sees it as more of a national issue.

Mayor Beutler says overall Lincoln tends to focus on issues we can do something about and have not diverted our attention to all the issues in the world many of which are horribly divisive.

The city council proposal would ask congress to protect the so called “Dreamers” or children brought into this country illegally.. from deportation.