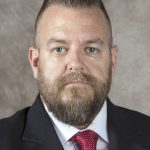 Word had started to get out.

Even though media doesn’t watch off season weight lifting, word started to come out that Nebraska was being worked hard. Harder than they had been over the last three seasons.

“Everyone has been lifting really heavy,” Akinmoladun said. “Like, heavier than I’ve seen. I’ve probably lifted more weight than I’ve ever imagined. We’re all getting stronger and bigger and all toning up and looking good. So, it’s definitely been a change.”

Every player who spoke Wednesday said much the same.

“Day one, it was very intense,” Mick Stoltenberg said. “Obviously, there was a lot of guys maybe throwing up and stuff like that. It was kind of a crazy experience, but we developed a real good relationship with (strength coach Zach) Duval and his staff.”

Duval, who was named 2017 Strength and Conditioning Coach of the Year by FootballScoop, had his players begin lifts at 6 a.m., starting with the offensive and defensive line.

While getting up that early can be rough for some, Stoltenberg, the senior from Gretna, saw it as a point of pride.

“You kind of wear it,” Stoltenberg said. “You kind of use it as a badge of honor. (The linemen) want to be the best group out of all the lifting groups. We want to come in there and be ready to roll right at 6 a.m. when guys are still sleeping or whatever.”

The workouts pushed players to the edge. Pushed them in a way that they perhaps hadn’t been pushed before.

All the while, Duval broke it down to the team so they knew exactly how each lift will help their particular game on the field.

“In the beginning, he taught us everything we needed to know in the weight room,” Akinmoladun said. “From that point on, I was like ‘this dude knows what’s he’s talking about.’ He was smart about everything. He told us, ‘the reason we’re doing this lift is because of this. If you don’t understand that, literally come talk to me. I can explain why we’re doing this lift, and how that’s going to help us on the field.’”

The offseason has been hard, but for the Huskers, it’s challenged them in the best way.

“It was great,” Mohamed Barry said. “I love working hard. Duval just gave me all the workouts, gave us all the workouts, that pushed us over the edge. Really just pushed people to the point of almost breaking. It was real challenging and people assimilated and kept on challenging themselves.

“The one thing I’ll say is, if it’s easy, you’re not trying hard enough.”

It’s been nearly two months since receiver Tyjon Lindsey and offensive lineman Dylan Owen (no longer with the program) were both hospitalized with rhabdomyolysis, which results from dead muscle fibers leaking into the bloodstream. Rhabdo, as it’s commonly known, can cause serious kidney problems or kidney failure, muscle pain, an inability to move arms and legs, and dark red or brown urine. Lindsey was in the hospital for three days while Owen was in for two.

“We were putting them through some tough workouts, but we did the best we could to monitor that, try to limit early workouts,” Frost said. “Ever since then, (Tyjon) has done a great job. He’s gone to work learning. I’m excited for him in spring ball.”

The staff has taken extra caution since that incident in late January, but still went forward with the same objective: Nebraska’s strength and conditioning needs to get back to what it was when Frost was still playing.

“The Nebraska that I knew and the strength and conditioning and what was expected of them and what kids looked like physically, that’s not what we’re walking back into,” Frost said on Signing Day in February.

“That’s what Zach Duval is here for.”

The players have not only learned what Zach Duval is here for, but they’ve embraced it.

“We grew a lot as a team,” Carlos Davis said. “We got stronger, definitely. Lost body fat. Gained muscle. It was probably the best off season I’ve had.”