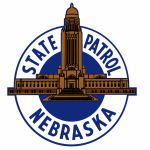 BEAVER CROSSING, Neb. (AP) – Authorities say two people were arrested after more than a quarter ton of marijuana was found in a truck after a traffic stop along Interstate 80 in eastern Nebraska.

The stop occurred a little after 11 a.m. Wednesday, just east of the Beaver Crossing interchange. The Nebraska State Patrol says the eastbound truck didn’t signal properly and didn’t have proper lighting. The patrol says one of its drug dogs alerted troopers to the presence of a controlled substance. The troopers say they found just over 526 pounds of marijuana in the truck.