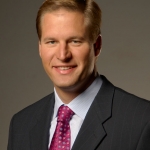 Former Nebraska All-American linebacker and current University of Nebraska-Omaha athletic director Trev Alberts will not be a candidate for the A.D. position at UNL.

Turnkey Sports and Entertainment, a New Jersey-based search firm hired by UNL Chancellor Ronnie Green and University of Nebraska president Hank Bounds contacted Alberts and asked him for an interview.

Alberts said in an e-mail to staff members Wednesday morning that he will not compete for the A.D. job at Nebraska after some “prayerful consideration.”

Alberts also said there is “unfinished business” at UNO and he remains committed to working as hard as possible to achieve his goals there.

Former Nebraska athletic director Shawn Eichorst was fired on Sept. 21. Interim A.D. Dave Rimington was brought on board on Sept. 26.

Alberts has been the Mavericks’ athletic director since 2009. He was named winner of the Dick Butkus Award in 1993 for the Huskers as the nation’s top linebacker.