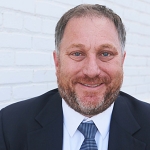 Jack grew up from Lincoln, graduated from Lincoln East high and earned a Law degree from the University of Nebraska. After spending several years in civil litigation at a local law firm, Jack decided to act on his longtime dream to be involved with talk radio, and in 2006 he took over the Morning Show at KLIN. In that time Jack has been able to combine his unique perspective on the news as an attorney with his love for making people laugh and his passion for the Huskers and the city of Lincoln into a top-rated morning show.

Jack is married to Meagan Liesveld, who is the Director of Development for CEDARS Youth Services in Lincoln. The couple have a pair of children, Johnny and Norah, who keep Jack very busy as soon as he gets off work with activities including sports, dance, Lincoln Boys’ choir, piano and church groups.

When he’s not at the radio station, Jack loves to spend his time taking his kids to Husker sports events, jogging, cooking (particularly on the grill and smoker), playing cards and fantasy sports and working on his goal of developing a music playlist for every imaginable event or mood. 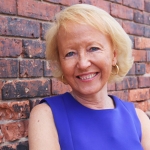 Jane Monnich is Lincoln’s most veteran news reporter, keeping track of Lincoln’s news on KLIN for more than four decades. Her passion for news keeps the newsroom humming with activity throughout the day.

Away from the station, Jane loves spending time with her husband Fred, their children and grandchildren.

Jane has won numerous awards as part of the KLIN newsroom, including awards from both the Associated Press and Nebraska Broadcasters Association for the best newscast in Nebraska.

William Padmore was born and raised in Chandler, Arizona; went to Corona Del Sol High School and graduated with a BA in journalism from Arizona State University’s Walter Cronkite School of Journalism in 2015. William got the position as a full-time news anchor and reporter for 1400 KLIN in 2017 and he couldn’t be happier. Yearning to prove himself after getting his degree, William hopes to work hard and improve his skills as a broadcaster and journalist.

When not at work, William spends his time as an avid consumer of video games, played across several platforms. His favorite literature more often than not comes in comic form, but he occasionally also enjoys reading philisophical texts like “Will to Power” and “The Virtue of Selfishness.” 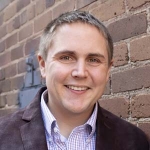 Kellan Heavican returns to Nebraska after working at three radio stations in Iowa as the news, sports and program director. A native Nebraskan growing up on a farm near Schuyler, Kellan has a passion for telling stories with unique perspectives. He started his career when he became Schuyler’s first all-sport public address announcer as a junior in high school. After winning sports writing, play-by-play, and news awards at UNL, he moved to Iowa where he doubled the stations’ news coverage and added 60 games to their sports calendar while helping to bring sports and news coverage awards to the newsroom for the first time in the stations’ history.

In his spare time, Kellan is active in agriculture and the livestock industry after spending a decade showing cattle nationwide. He referees basketball, is active in his church and enjoys spending time with his family and friends. 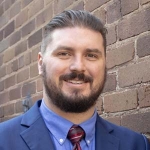 A lifelong Husker fan, Kaleb was a five sport athlete at Loup City High School before attending Southern Illinois University-Edwardsville on a Track and Field scholarship. After a career ending injury while throwing the javelin, he returned to Central Nebraska.

Kaleb has won multiple awards from the Nebraska Broadcasters Association while working as a producer, voice talent, news director, and play-by-play announcer in his short time in the industry. When not covering the Huskers, he enjoys watching the Chicago Bears, St. Louis Cardinals, and any sport on TV. He especially enjoys adventuring with his Australian Shepherd mix, Ella. 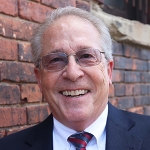 Born in Rochester, Minnesota and raised in nearby Kasson, Mark Vail began learning about agriculture at an early age. Having helped his father and grandfather with the family farm during his adolescence, while also working on his high school’s newspaper and yearbook staffs, Mark was able to take his early experiences and parlay them into a career in agricultural broadcasting.

During his time in the industry, Mark has held a variety of roles – including President of the National Association of Farm Broadcasters – and worked in several Midwestern markets, including: Rochester; Topeka, Kansas; and Kansas City, Missouri. Now in Lincoln, Mark serves as an engineer and contributor to LNK Today with Jack and Friends, as well as a news and ag business anchor. 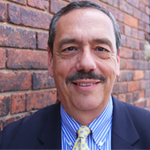 KLIN Program Director Bob Shomper has won nearly every radio award in his career, including National News/Talk Program Director of the Year. Under Bob’s leadership, his stations have won four Marconi Awards for Radio Station of the Year, two Murrow Awards for Best Overall Performance, a national Crystal Award for community , and the prestigious Service to America Award.

Bob has programmed some of the great radio stations in the country, and has worked closely with five Big Ten schools and teams from MLB, NFL, NBA and NHL. Bob was a school teacher prior to his radio career. He’s active in his church, plays drums and has run six 26.2 mile marathons.