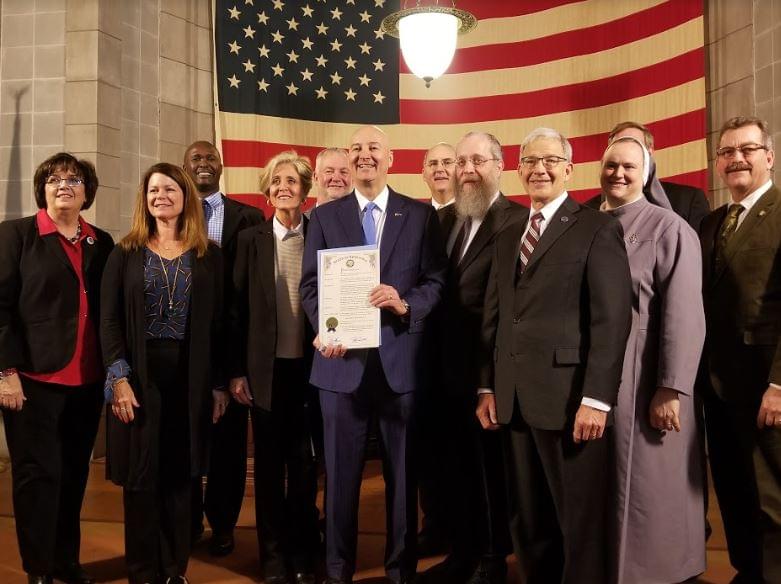 Governor Ricketts convened with religious leaders at the capitol building to sign a proclamation declaring January 16th Religious Freedom day in the state.

At today’s proclamation ceremony, Ricketts told those gathered that the state has a long history of protecting various religious groups, from the Yzadis of northern Iraq being pursued by ISIS for their beliefs, to Sudanese refugees who also fled persecution in their country.

Ricketts says it’s always important to defend religious freedoms in America because, in many countries, there are no such protections.

That was the message of pastor Solo Mwania of Lincoln City Church, who grew up in Kenya.

“Having grown up in a country where basic freedoms are not always respected, I have come to not only appreciate the right that we have, but also the privilege.”

Mwania agreed with Ricketts and other religious leaders present, that we as Americans must be vigilant in protecting our religious liberties to ensure future generations are not robbed of the right.