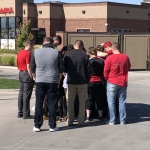 Lincoln police have identified the man shot to death by a Burlington North Sante Fe Special Agent after he rammed his pickup-truck into a SouthPointe Pavillions Chick-Fil-A Tuesday afternoon.

Police Chief Jeff Bliemeister say 48-year-old Jospeh F Cimino had got into an argument with Chick-Fil-A staff over food he received, then into a physical altercation with another customer before being escorted out of the restaurant. From there, Cimino backed his truck into restaurant. causing extensive damage.

At the same time, 38-year-old Burlington North Sante Fe Police Special Agent Christopher Hall was in uniform at the restaurant’s drive through. Hearing the commotion, Hall decided to investigate.

After continuing to walk toward Hall with stun-gun in hand, Hall shot  and killed Cimino.

The investigation is ongoing, but so-far, police don’t know what led up to Cimino’s violent outburst.

Lincoln police continue investigating a bizarre set of events that lead to the shooting death of a man at the South Pointe Chick Fil A. The individual, described as a disgruntled customer created a disturbance inside the restaurant and was escorted out of the business by another customer.

The man then backed his pickup through the restaurant wall and continued to cause disturbances in the parking lot. A Burlington Northern Santa Fe Special agent confronted the man and tried to get him to settle down but was threatened with a weapon by the man. The agent shot the man and was unable to revive him although he did provide assistance and CPR.

No other restaurant patrons or employees were injured and police are asking for the public’s help with any additional information or videos they may be aware of.

(Story and picture by Mark Vail) 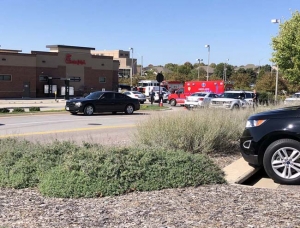 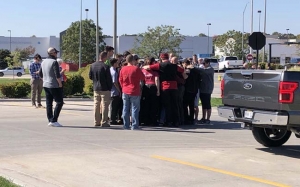 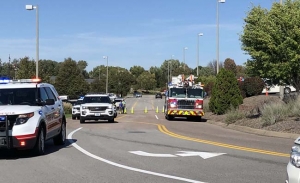 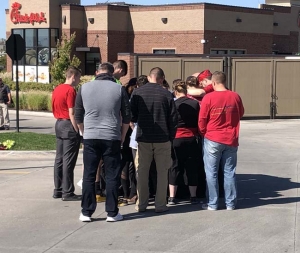 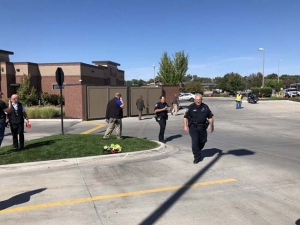 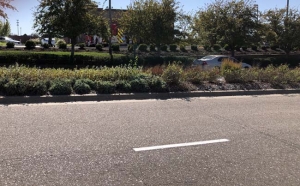 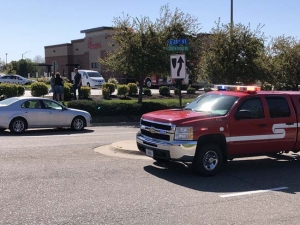 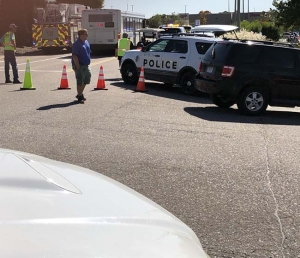 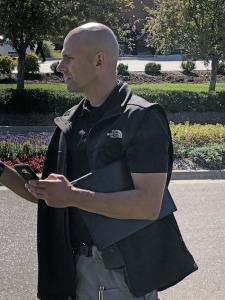