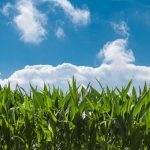 AP The Trump administration says it plans to implement new rules that will increase demand for ethanol, reversing a decline caused by exemptions given to oil refineries. The proposal announced Friday follows months of complaints by Midwest farmers, politicians and the ethanol industry that the federal government’s granting of waivers to refiners had violated federal law and forced some ethanol plants to close.

Roughly 40 percent of U.S. corn is used to produce ethanol.