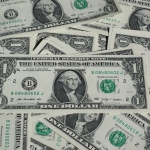 LINCOLN, Neb. (AP) – The Nebraska Lottery says someone who bought a Powerball ticket in Schuyler has won $1 million.

The ticket bought at the Parkview One Stop on Colfax Street in Schuyler. It matched the first five numbers drawn Saturday night: 18, 21, 24, 30 and 60. But it didn’t match the Powerball number: 20.

The lottery says the winner has yet to claim the prize.

Someone who bought a ticket in New York won the $148 million jackpot.