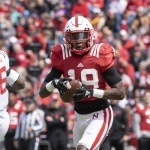 It’s the final week of fall camp for Nebraska. The Huskers could almost be forgiven for letting their foot off the gas pedal before they have to fully get into game prep, however, that wasn’t the case Monday morning for NU, or really, any other practice.

“There hasn’t been one day that I’ve been disappointed with the energy of the team,” Chinander told reporters following Nebraska’s practice. “We definitely got a lot of things to work on and we aren’t there but the energy has been really good.”

Chinander attributes the positive attitude and approach to practice to the cultural shift that head coach Scott Frost has continued to work on since he took over in December of 2017.