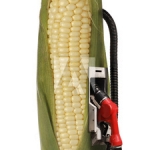 The Nebraska Ethanol Board’s Administrator is firing back at television ads from big oil companies claiming that unchecked ethanol mandates are job killers for small refineries.

Roger Barry tells KLIN News that 1400 jobs in Nebraska are directly related to our ethanol plants….It’s a 3.5 billion dollar industry.

Barry says the latest round of ads sponsored by big oil companies are full of lies. Barry says it is time for the American public to start not listening to those lies.

An oil refineries association launched the ads in four swing states this week criticizing President Trump’s moves to expand the use of ethanol in gasoline.